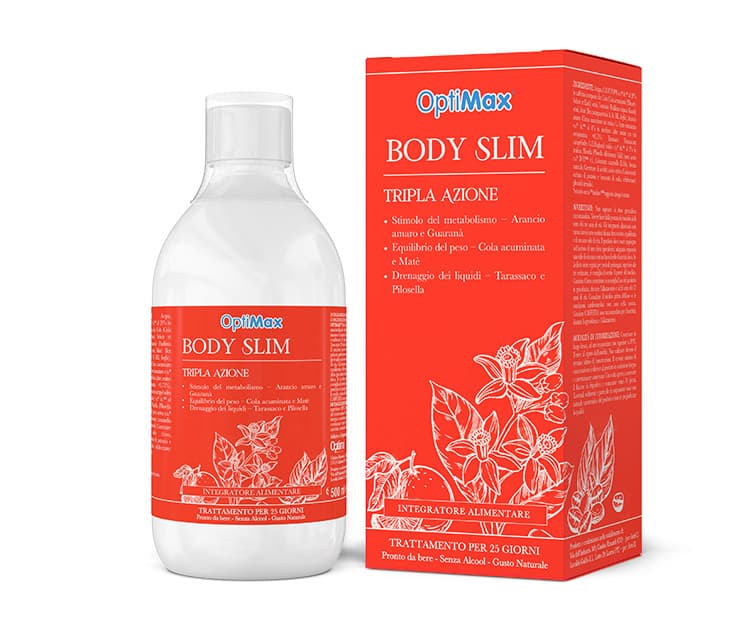 Maintaining body weight generally parallels the stimulation of metabolism. Some substances, such as caffeine, have a direct effect on the metabolism, stimulating lipolysis, but also indirectly by stimulating the release of catecholamines, which in turn induce a thermogenic effect, thus helping to lose weight but also to maintain it.

Water retention is defined as a condition in which the body has a tendency to retain and accumulate fluid. A poor diet, a sedentary lifestyle, stress, hormonal imbalances, weight gain and cellulite can all contribute to a situation of retention, leading to the appearance of oedemas, which make the skin less toned and compact, and of course also to a widespread feeling of bloating, felt most strongly in the abdomen and legs.

Fruit tree belonging to the Citrus genus. It is native to South-East Asia, but has also grown for centuries in the Mediterranean and South America. Many varieties are used for the extraction of essential oil, which is very popular in the perfume industry and as a flavouring additive.
Parts used: the unripe and dried fruit is rich in a mixture of sympathomimetic amines, of which synephrine is the main constituent.
Properties: synephrine may be useful in weight control, as it stimulates thermogenesis (production of body heat = increased calorie consumption) and lipolysis (use of fat for energy).
Indications: is used to help balance body weight and stimulate metabolism, particularly of lipids..

The Guaranà plant is an evergreen climber native to the Amazon rainforest.
Parts used and properties: is best known for the high caffeine content of its seeds, which are used in the preparation of drinks and food supplements.
Indications: The presence of caffeine certainly makes it a good tonic, but also helps to stimulate the metabolism.

Cola acuminata is an evergreen plant native to the tropical forests of West Africa.
Parts used and properties: Cola nuts contain high amounts of polyphenols and caffeine, and are used as a flavouring in drinks, and as an energy tonic in herbal medicine.

Matè is a South America native plant.
Parts used and properties: The dried and chopped leaves are used. It is infused in a traditional gourd or wooden vessel with a metal straw. It is used for its tonic and exciting action, mainly due to its caffeine content.

Herbaceous perennial plant belonging to the Asteraceae family, used in phytotherapy, but also in cooking: the leaves and flowers are eaten cooked and raw, while the roots are used to produce a coffee substitute, similar to chicory coffee.
Parts used: the whole plant, rich in vitamins, mineral salts and flavonoids, is used. Above all, the roots are rich in inulin, a polysaccharide with multiple health properties (balancing intestinal flora, facilitating transit, diuretic action).
Properties: used mainly for its two diuretic properties and as a body purifier.
Indications: useful for balancing the digestive function (bitter principles), regulating intestinal transit, draining excess fluids and purifying the liver in particular.

Herbaceous plant belonging to the Asteraceae family, grows in well-sunny areas on sandy soils. The name Pilosella derives from the Latin 'pilosus' meaning hairy, and refers to the fact that the plant is completely covered in glandular hairs.
Parts used: The aerial part of the plant is used in phytotherapy.
Properties: used in the treatment of cellulite, oedemas and water retention, but also in cases of cystitis and urinary infections due to its strong diuretic properties. The plant is in fact rich in flavonoids, coumarins, tannins.
Indications: useful for aiding the drainage of excess fluid.

Optimax® Body Slim is a ready-to-drink liquid food supplement that combines in a unique formulation the synergy of 6 phytocomplexes with the aim of stimulating metabolism, thanks to the combination of thermogenesis, and helping to maintain body weight.